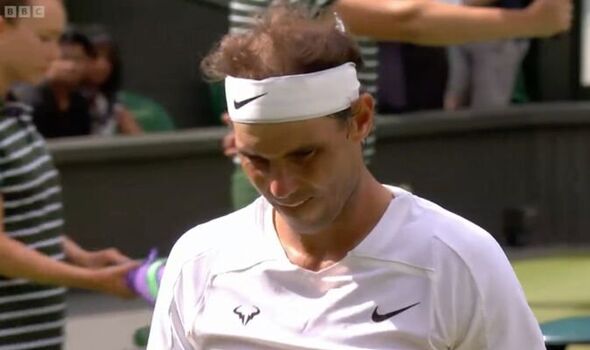 Taylor Fritz was warned he might struggle against an injured Rafael Nadal as the Spaniard hobbled his way through the second set of the pair’s Wimbledon quarter-final. Nadal’s condition and level of play seemed to at least temporarily worsen due to an abdominal problem with which he has struggled throughout the Championships.

The Spaniard was struggling to serve and hobbled his way through points midway through the second set against Fritz. Nadal, who dropped the first set to the American, was granted a medical timeout.

Despite fears that the 22-time Grand Slam champion might come out and retire from the match, he reappeared to resume play much to the delight of the fans on Centre Court. And he battled on in typically relentless fashion.

But BBC commentator Feliciano Lopez predicted that the 24-year-old Fritz would struggle despite Nadal’s fitness problems. The Spaniard suggested that Fritz might end up overthinking the situation because of his opponent’s physical issues. 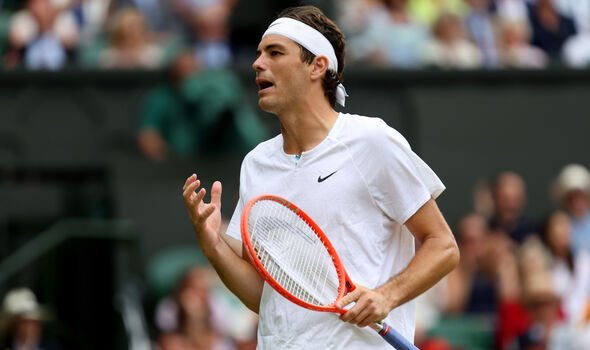 Lopez, Nadal’s fellow Spaniard, said: “I find it’s never easy to play against someone who is injured or someone you think is injured. I’m sure now Taylor might be thinking, ‘Is he really injured? How big is the injury?’.

“A lot of things are going through his mind probably now. It’s not easy. It’s very difficult to handle, you know. I’m very keen to see how he’s going to react.”

Lopez was proved correct as Nadal fought back to win the set to level the score. But Fritz then responded in the third set to restore an advantage.

Fritz himself received attention from the trainer in the second set, albeit only briefly to attend to tape on the American’s left thigh. He was able to shake off the apparent problem as he won the third set, although he was broken in the first game of set four.

Nadal won the French Open earlier this year despite a foot injury and said after beating Casper Ruud in the final at Roland Garros: “I have been playing with injections on the nerves to numb the foot and that’s why I was able to play during these two weeks.

“I have no feelings in my foot, because my doctor was able to put anaesthetic injections on the nerves. That takes out the feeling on my foot.”