Rafael Nadal ruled out playing at the Los Cabos Open this summer to focus his attention on winning a second singles gold medal at the Olympics.

Nadal is a popular figure in Latin America and he delighted his fans in Acapulco on Saturday when he won the Mexican Open.

The Spaniard beat Taylor Fritz in the final to win his third title at the event.

In July, Mexico hosts its second ATP Tour event in Los Cabos – just five days before the start of the Tokyo Olympics.

Nadal has made clear that the Summer Games are top of his priorities for 2020. 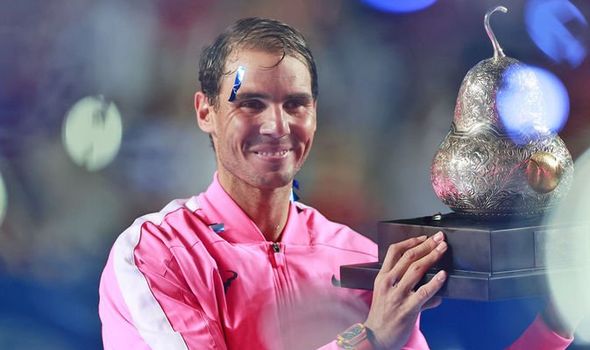 In 2008, Nadal won gold in the singles in Beijing then in 2016 he teamed up with Marc Lopez to win the doubles at the Rio Olympics.

But despite his previous success, Nadal remains hungry for another Olympic medal.

After beating Fritz on Saturday, Nadal was asked if he would be participating in Los Cabos and to the disappointment of his fans in Mexico, the 33-year-old explained there were other priorities on his mind.

He said: “The problem [with] Los Cabos is that it is a complicated week but you never know. 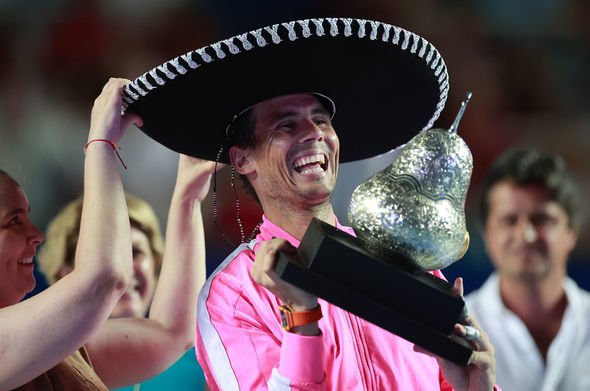 “I hope I can be there one year but right now I have to be a bit consistent with my priority objectives and that happens by trying to maximise my career and be competitive.

“One does not have an unlimited battery. When you are younger you can play more with the calendar because you have plenty of energy.

“When you are older you have to make decisions that sometimes you don’t like because I would like to be in many places and I can’t.

“Being an Olympic year to play Los Cabos would go against what I think my calendar has to be.”

Nadal now heads to Atlanta for an exhibition with Grigor Dimitrov before playing in the first Masters 1000 event of the year in Indian Wells.