Serena Williams bids farewell to tennis after US Open defeat

Rafael Nadal has not been at his best this season according to Mats Wilander and his fellow players know this is the case. This comes despite the tennis legend dominating many of the major tournaments this season with his fourth-round defeat to Frances Tiafoe at the US Open the first time he had been defeated in a major tournament this year.

Nadal struggled to match the inspired Tiafoe in the fourth-round match with the American picking up a 6-4, 4-6, 6-4, 6-3 victory on home soil. Nadal had won every major match he had played so far this year, claiming the trophy at the Australian and French Opens before being forced to pull out of Wimbledon with an abdominal injury ahead of his semi-final with Nick Kyrgios.

It appears his exploits this season caught up with him at Flushing Meadow as he appeared jaded against the energetic 24-year-old. It is now expected that he will take a short break to recover from his trying campaign.

However, Wilander has argued that the clay court specialist has not been on top form all year, with his resulting success nothing short of miraculous especially given his opponents knew he was not as strong as usual.

DON’T MISS: Cam Norrie crashes out of US Open in Andrey Rublev defeat as all British hopes end 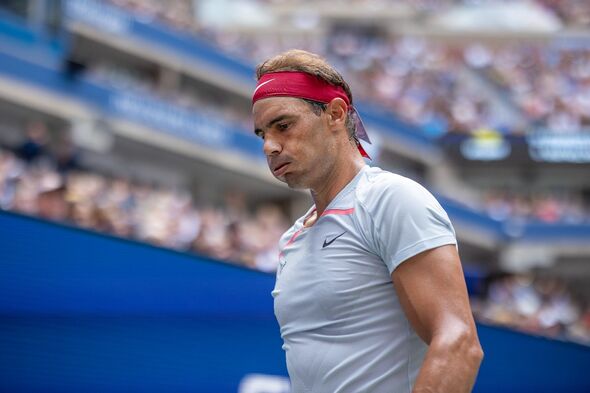 “It is a miracle that he has won two Grand Slams this year and reaching the semis at Wimbledon,” he told Eurosport. “If you look at his year, with the regular season he had he actually won two Grand Slams – that’s unbelievable. It wasn’t expected, but I think the players know when Rafa isn’t quite at 100 per cent level.”

Nadal has now confirmed he will take a break from the sport to focus on his family life. The Spaniard’s wife Mery Perello is 31 weeks pregnant and has been in hospital after suffering some complications. Thankfully she is now on the mend but has remained hospitalised as a precaution. 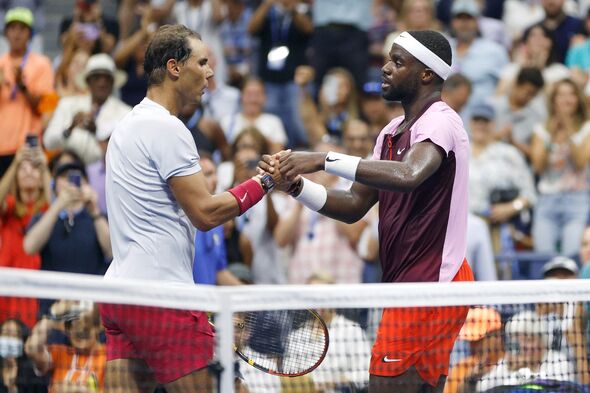 “I need to go back [home], fix things and I don’t know when I’m going to come back,” he said after his defeat to the world No 26. “When I feel ready mentally to compete again… I will do it.