Suits you! Roger Federer poses with old rivals Novak Djokovic and Sir Andy Murray and other top stars in front of Tower Bridge ahead of his FINAL tournament before retiring

Roger Federer has been pictured posing alongside old rivals and current tennis stars at Tower Bridge ahead of his final tournament this week.

The retiring tennis star is set to bring down the curtain on his illustrious career in at the Laver Cup at the O2 in London, just down the river from where he won a record eight Wimbledon titles.

Federer is making the most of his last tournament as he posed with fellow tennis players Novak Djokovic, Sir Andy Murray, Casper Ruud, Cameron Norrie and Stefanos Tsitsipas.

Federer posted the picture on social media with the caption: ‘Ready to take on the World.’ 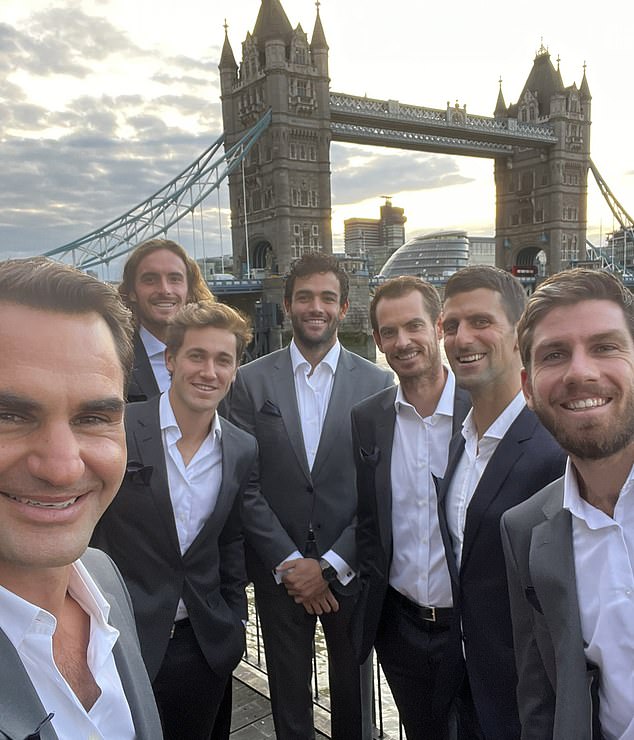 After catching up with some old rivals, the 41-year-old revealed that he had no intention of walking away from a sport he has graced for so long.

Speaking to reporters at London’s O2 Arena, where Federer twice won the ATP Finals title, the Swiss was emotional at times as he explained the decision to hang up his rackets.

Asked what his plans were for the future, Federer said he would not disappear like Swedish great Bjorn Borg, who is captaining Europe against the Rest of the World this week. 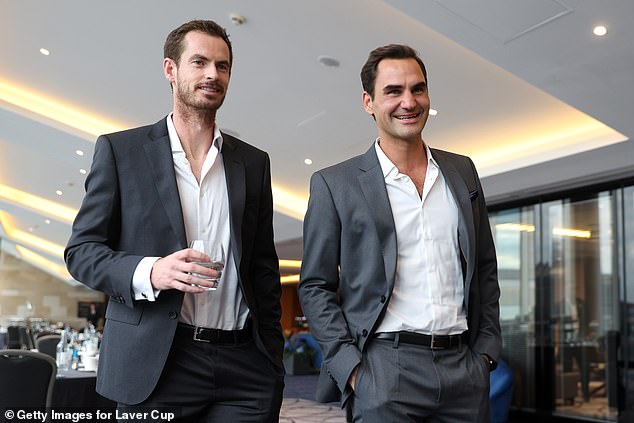 ‘I just wanted to let the fans know I won’t be a ghost. It’s funny, I spoke about Bjorn Borg, he didn’t return to Wimbledon for 25 years and that hurts every fan,’ Federer said of the 11-time major winner who quit tennis aged 26.

‘But I don’t think I’ll be that guy. I feel tennis has given me too much. I have been around the game for too long. I have fallen in love with too many things.

‘You’ll see me again. In what capacity, I don’t know. Still have to think about it a little bit, give myself some time.’

Federer announced last Thursday that the Laver Cup, the team event he helped create, would be the last act of a professional career spanning almost a quarter of a century. 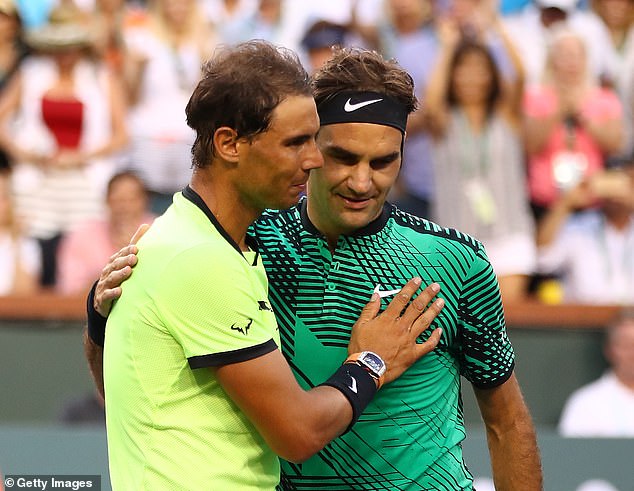 Federer hopes to bow out in a doubles tie, preferably alongside great rival Rafa Nadal (left)

Elaborating on his decision to retire from competitive action, Federer described the last few months as stressful, saying he was not willing to ‘risk it all’ by having more surgery on his troublesome right knee.

‘At some point you sit down and go, ‘okay, we are at an intersection here, at a crossroads, and you have to take a turn, and which way is it?’

‘I was not willing to go into that direction of let’s risk it all. The hardest part after that is when you realise, okay, this is the end.’

Federer has not played a match since losing in the 2021 Wimbledon quarter-finals and is not in shape to play singles at the Laver Cup. He hopes to bow out in a doubles tie, preferably alongside great rival Rafa Nadal.

‘I don’t know if it’s going to happen, but it could obviously be a special moment,’ he said. 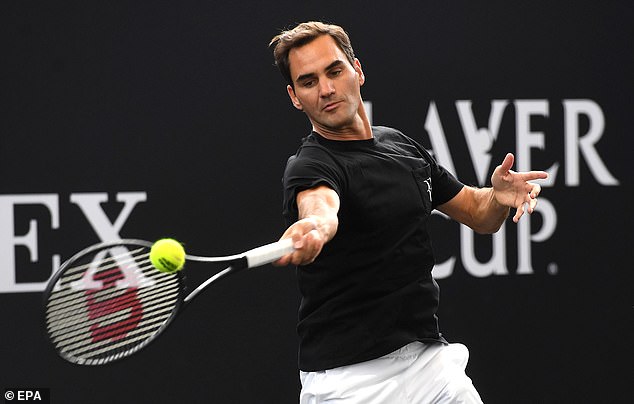 His first Grand Slam title was in 2003 when he beat Mark Philippoussis to win the first of five successive Wimbledon titles before losing to Nadal in a 2008 classic.

‘Maybe the most special place,’ he said of London. ‘I came to realise that throughout the summer and then I was just looking for a place in time where I could call it.

‘It felt fitting to end my career here. Having Bjorn on the bench with me when I walk out is going to be something that is beyond cool. Having a team behind me as well would not feel so lonely when I’m calling it a day.’

Federer’s 20 Grand slam titles has been surpassed by Nadal (22) and Novak Djokovic (21) in an unprecedented golden era for men’s tennis. But whatever the statistics, many still regard him as the greatest to ever play the game.

He claimed 103 career titles, second only to Jimmy Connors, and spent a record 237 consecutive weeks as world number one from 2004 to 2008.

‘Everybody has to leave the game, it’s been a great, great journey,’ he said.