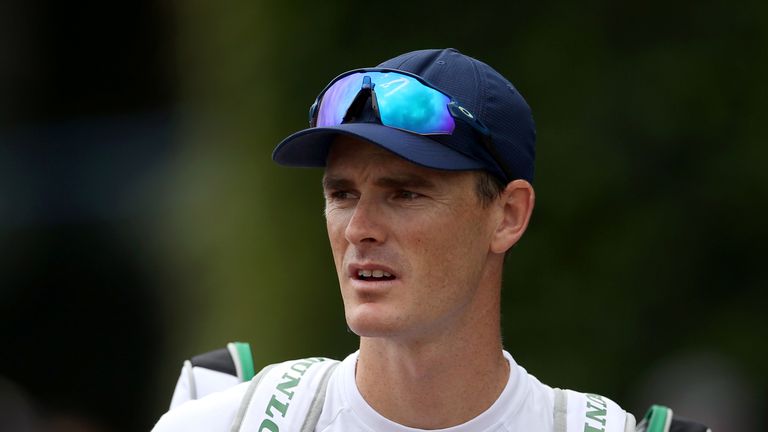 Jamie Murray will take part in his fourth Olympics after being named in the Team GB tennis squad for Tokyo 2020 following the withdrawal of Dan Evans.

British men’s No 1 Evans pulled out of the Games earlier in the week after testing positive for COVID-19, leaving recent Wimbledon mixed doubles champion Neal Skupski without a partner.

Skupski will now team up with Murray, a seven-time Grand Slam doubles champion, after the pair featured together during last season’s ATP Tour and the 2019 Davis Cup Finals.

“I am delighted that Jamie will be joining us on the plane to Tokyo,” Team GB tennis team leader Iain Bates told the LTA website.

“It is great to have an athlete of Jamie’s experience and calibre as part of the team and I look forward to the Games starting in just over a week’s time.”

🇬🇧 @jamie_murray will be competing in his 4th Olympics at #Tokyo2020 pic.twitter.com/7URzUG9wkV

Murray and Skupski were victorious at the Sofia Open in 2020 as well as making it to the finals at the Western & Southern ATP Masters 1000 tournament and the Erste Open.

Partnered with Brazilian Bruno Soares, Murray was eliminated in the second round of the men’s doubles at Wimbledon by Andrey Golubev and Robin Haase.

The pair reached the semi-finals of the Australian Open earlier in the year, losing to Murray’s fellow Brit Joe Salisbury and his partner American Rajeev Ram.

Alongside Murray and Skupski in the Team GB squad will be the former’s brother Andy, Salisbury and Heather Watson, with Johanna Konta having withdrawn after testing positive for COVID-19.

Twenty-time Grand Slam champion Roger Federer also pulled out of the games this week due to a knee injury, adding to Rafael Nadal, Dominic Thiem, Simona Halep and Serena Williams on the list of high-profile absentees.