Roger Federer fans have been left bemused and angry at the BBC for not selecting the Swiss tennis icon’s Wimbledon fourth-round match against Lorenzo Sonego to be shown on their main channel. ‘Manic Monday’ at Wimbledon is always filled with blockbuster matches throughout the day.

Federer has been a regular feature in the Wimbledon tradition, making it through to the second week at SW19 18 times in his career.

The feature will no longer take place from next year, with play set to be scheduled for the middle Sunday for the first time.

That could well ease the pressure on fitting in the big matches all on Monday.

But there was no such joy this year with a blockbuster line up for both Centre Court and Court One. 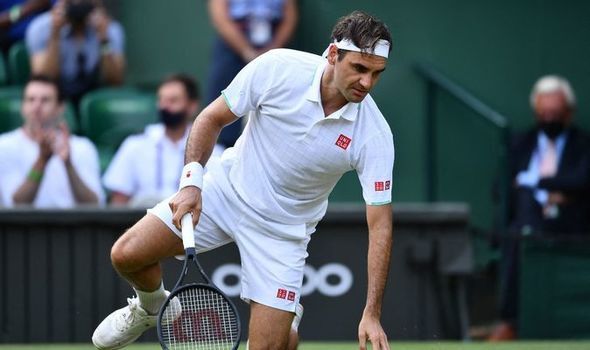 All the action was available to watch on BBC iPlayer, with BBC One and BBC Two interchanging on the main match at that time.

Novak Djokovic and Ashleigh Barty were first up on Centre Court and Court One respectively.

Felix Auger-Aliassimie’s fascinating match against Alexander Zverev was next up on Court One while Coco Gauff faced off against Angelique Kerber on Centre Court.

Federer was last on Centre Court and made his way out for his match against Sonego just before 6pm after Gauff lost to Kerber.

But some fans were unaware the 20-time Grand Slam champion had even started his match as BBC Two opted to continue showing Zverev against Auger-Aliassime.

One frantic viewer asked: “@Wimbledon how can I watch the Federer game this evening? BBC aren’t showing it

Another couldn’t even find the stream on BBC iPlayer: “Disappointed at bbc for not streaming live federer’s match.”

For fans using BBC’s website to find Federer’s match, they had to go over to a video entitled ‘Best of the rest’. 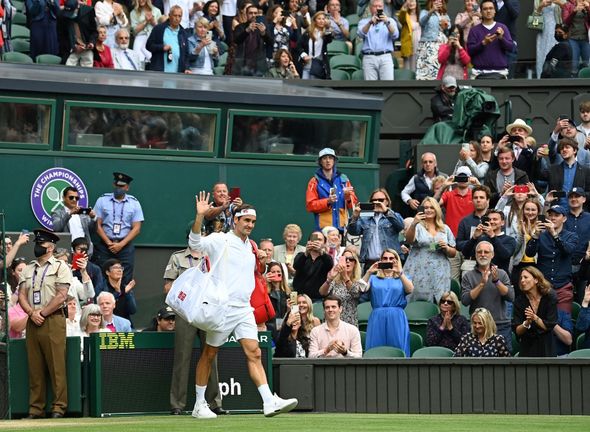 Some viewers were able to find the stream in the end, but were far from happy the eight-time Wimbledon champion was overlooked for the TV slot.

One angry viewer tweeted: “Winning #Wimbledon 8 times isn’t good enough to be shown on BBC though. Federer currently on red button in the UK.”

Another posted: “Why aren’t BBC showing the Federer match??”

A third said, bemused: “Zverev match over Federer for the BBC tv spot?”