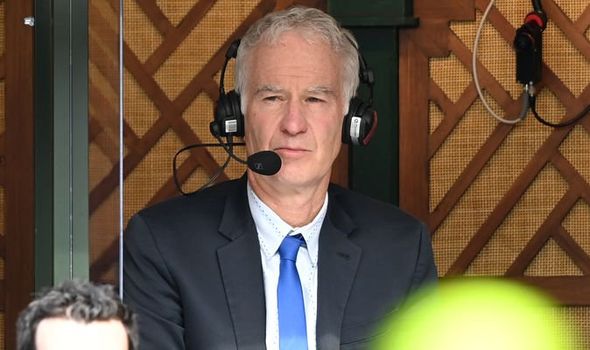 John McEnroe light-heartedly asked for England vs Denmark in tonight’s Euro 2020 semi-final to be postponed because of fears it could clash with a potentially epic Roger Federer match. Federer surprisingly found himself two sets down against Hubert Hurkacz in their quarter-final battle.

If Federer was to fight back and progress to the next round he would have to win three sets in a row, which would be an absolute classic fightback for the ages.

However, that would also mean the match would run into the start of England’s eagerly-anticipated clash with Denmark.

BBC co-commentator McEnroe quipped: “Do you think they’ll postpone the England and Denmark match for us?” after Federer fell two sets down.

Of course there will be no chance of the Wembley showdown being moved but McEnroe fears that British tennis fans may turn away.

McEnroe’s fears of Federer playing late into the night were quickly eased as Hurkacz took the third set by storm.

The Polish world No 18 bageled Federer to wrap up the win in straight sets.